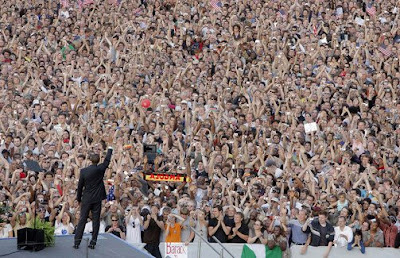 Barack Obama gave a speech at Berlin’s Tiergarten to an enthusiastic audience of supporters. His speech resonated with notes from previous Americans (presidents). He spoke of the new walls to tear down (Reagan) and of his kindred citizenship with the people of Berlin (Kennedy). He also spoke on nearly every global issue, giving a sort of “state of the world” kind of assessment. Read the entire speech here.